Pretty much everything I want all in one place. 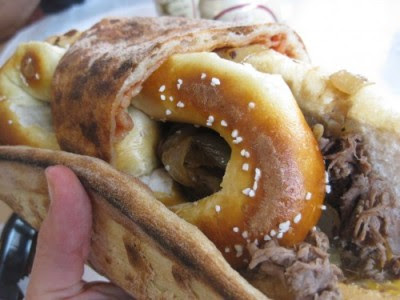 a Jim's Cheesesteak, wrapped in a Lorenzo's slice,topped with a soft pretzel. #nom

Yes, blog, I am truly sorry for not keeping you current with the madness. One of these days I'll have the luxury of doing another blog post.
Posted by @DJNoRequest at 8:51 PM No comments:

JUST A QUOTE FOR TODAY 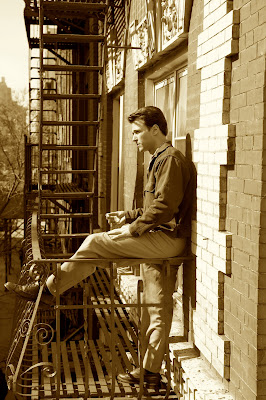 “The only people for me are the mad ones, the ones who are mad to live, mad to talk, mad to be saved, desirous of everything at the same time, the ones who never yawn or say a commonplace thing, but burn, burn, burn, like fabulous yellow roman candles exploding like spiders across the stars and in the middle you see the blue centerlight pop and everybody goes "Awww!” ~Jack Kerouac
Posted by @DJNoRequest at 8:09 AM 2 comments:

LOVE ALL OVER THE PLACE 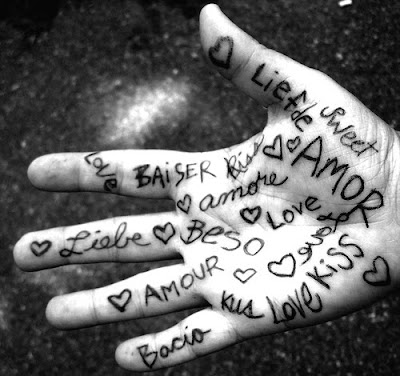 This was originally written as part of Ophelia's Web as a guest post for the topic of LOVE. Of course, I ran a tad late in delivering, but figured I would share just the same. Thanks so much to Elisa for challenging me with such a fertile topic. 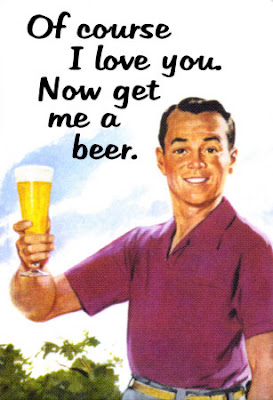 When I think about love, so many things run through my head in an instant, it's difficult to even make sense of them, let alone try to write about them. I can at least try to categorize this plethora of loves I feel into two basic human and non-human classifications. The obvious first human expression of my love would be for my family. To me, the two offspring my wife and I created couldn't be a more perfect way of expressing our mutual love.

On the human side, there is also my love of people that make me laugh and that energize me. I love how the right person or combination of people can really bring out the best in my abilities and myself as a person, which is why I love Maine so much. Nowhere have I felt such a genuine friendliness and mutual humanity in all my travels as I do in Maine.

Living in Maine certainly could qualify as a non-human love. But it has led me to a newly discovered love I never knew I’d feel. I now love performing or speaking in public. Ironically, this has been studied and discovered to be people’s greatest fear next to death. I had no idea that as a musician/singer in high school who was always incredibly nervous at performance time would learn to love that same adrenaline rush. Rush is actually the perfect word to describe the feeling I get seeing a group of people enlightened by something I’ve said or done. I love knowing that people get what I’m trying to put across even if sometimes it’s complete nonsense.

On the non-human side, I have my love of social media and more specifically, Twitter. I’ve been on Twitter for just about a year, and recently did some research and created a 'tweet cloud' (An arranged collection of the most frequently used keywords) of my all of my tweets. I found the word LOVE was the one word I chose above all others to express myself.

My love of music is another incredible passion. It is a love so deep and categorically inconsistent, that I wouldn't dare bore you with the details other than my tastes vary as much as music itself. Of course, there are exceptions. Those of you that know me personally could attest to those exceptions as my passion for disliking some music matches my love of others.

And finally, there is also my semi-secret love of all the nerdy indulgences I embrace. Whether it's fine scale modeling, model railroading, oil painting, sculpture or even my unpracticed trumpet and bass playing. These interests are something I would love to have the time to pursue. Those pursuits however, are on hold while I pursue my first listed love above.
Posted by @DJNoRequest at 3:10 PM No comments: 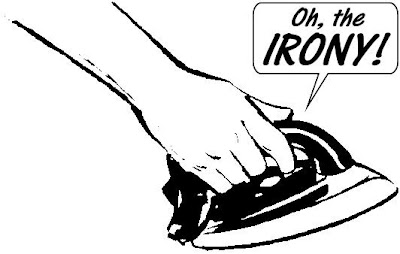 While I've kind of sworn off politics, I have NOT sworn off social commentary. That commentary can sometimes overflow into political circles. Case in point: The Teabaggers. I've been watching this group from the sidelines since I first heard of them a mere 24 hours after Obama's victory in 2008. Whether the media chose that time to point the spotlight at them is not the concern for me. What IS the concern is where this energy of exasperation and anger, that most of us feel in some way, is being taken and by whom.

There was a fascinating piece on NPR last week where Ricky Gervais went on a fact finding mission with a camera crew into the depths of deepest darkest Arkansas. He went in with a completely objective point of view and made no attempts to embarrass those he interviewed in a very real attempt to capture reality. He went all over various small towns into places the regular folk congregate. HS basketball games, bars, town council meetings etc. He managed to cover many different viewpoints, but there was a certain consistency in enthusiasm for the T Party movement.

One piece of this interview segment stuck out to me.
The interviewer (Ricky) asks folks about their life now and their life a year ago. He asked them questions very simply and directly. Universally, on both sides, people start saying how much harder life is and how hey just can't make ends meet. (Something a lot of us could also say as well) Many of these folks he was speaking to had been born into multigenerational abject poverty. Something that is obviously difficult to overcome in any culture. Many of these poor folks were essentially living in a hollow having a MORE difficult time at making it than before. Their response? It was all somehow Obama's fault.Their life-long poverty - Obama's fault.
Mind-blown.
Several people continued on about how the banks and car companies had been taken care of, but what about them? They were essentially pleading for help. They wanted money from their government to help them live and make ends meet. Then, in the same breath, while criticizing the president, they claimed he was also trying to make us us all SOCIALISTS.
Jaw-floor. 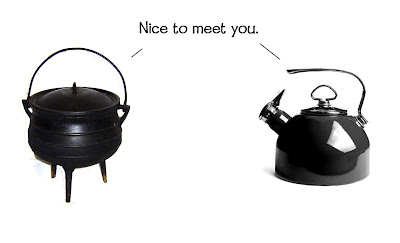 Obviously, no one there had managed to look up the definition. Unsurprisingly, these folks are also vocally against healthcare reform - most importantly a public option. "They don't want the gub'mint sticking their noses in anyone's personal life" The very folks who might benefit from a universal healthcare system were rabidly opposed to it. Folks that have absolutely no health insurance or preventive care whatsoever, have been manipulated into angrily protesting policies that would actually help them. Wow. speechless really.

How did this happen?
how were they duped?
Listening to them go on, I started noticing something about their responses to the questions.
They were all repeating each other, gutturally spewing 3-5 word catch-phrases. Talking points they picked up from watching TV. When asked about the details of these points, they were rather dumbstruck and really had no viable responses. Obviously they are continually being spoon fed this stuff by the folks on the other side of the cathode ray nipple. It dawned on me where Bush's consistent 28% approval rating was coming from all those years.

How f'n brilliant was this? The idea of doing these kind of interviews with different groups of people with no malice, or prejudgement. Exposing this obvious exploitation for what and who it is. Let's see who's REALLY behind it and put it out there in the open for all to see. Let the people see the depths of ignorance and manipulation going on at the most simplest of 'grassroots' levels. What could make it even better is that the spineless corporately controlled 'news' organizations would see ratings gold in this - potentially helping to expose it's seedy corporate underwriting. Undermining their very own masters. Using the very tool that's been dividing and manipulating us for years, and using it to expose it's own scared pink paranoid underbelly.

It's definitely something I would DVR.
Posted by @DJNoRequest at 10:04 AM No comments:

Email ThisBlogThis!Share to TwitterShare to FacebookShare to Pinterest
Labels: irony

It's a bit of a slow load but worth it.

GD
Posted by @DJNoRequest at 12:12 PM No comments: